1st was the Coldplay's concert..which was really a blast, mind you..got hundreds of blurry photos from it too, though I'd reserve them for another post..and oh, I also only learned the other day that there were some kpop idols/couple in the G1 area too..sayang..the MCs from "the weightlifting fairy" drama..hihi..as if I'd be able to see them eh, didn't even get to see James Reid and his group who were already in the same area as ours (though didn't know they went to the concert too)..so asa pa with Nam Joo Hyuk..(g1&g3 area or those on the left were reserved and I think were soldout mostly by Hyundai card owners)..sorry, too much sharin' eh? Sabi ko nga next post na..😂

So my 2nd goal was looking for some of Goblin's film locations within Seoul.. the breakwater was too far, the buckwheat field won't be teeming with the same flowers until autumn and the KTX train for the ski resort is still under construction so yeah..excuses..within Seoul na lang muna..lol.. OMG, so defensive Chrissie..wut d' heck.. hahaha..

Special thanks to
http://www.flyhoneystars.com/2016/12/26/filming-location-goblin-the-lonely-and-great-god/  for the updated locations including the exits for the train stations..

My version of their 1st meeting and the hashtags I've included in my insta, lol.. ~NoBackpack
~NoGoblin
~NoRain
~whereismygongyoooppa
~feelingEunTakkuno 😂😂 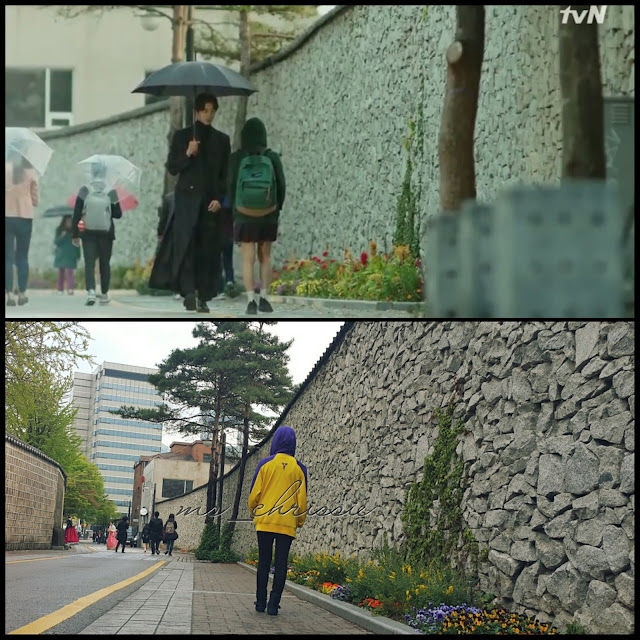 Thankfully my husband and my 2 sons are so supportive of me on this..plus hubby is also such a great photographer going to great lengths in trying to get the angles/shots just for me not to complain in the end..lol..well unfortunately as he mentioned, the wide-lens we are using isn't the same as the one used in the film so I have to make do with what we have..

2nd scene was from the time Eun Tak was trying to grill the squids as requested by Sunny and was trying so hard not to call Goblin.. Hmmm, we actually had to ask for directions on which street this was, since it didn't show up in our googlemap when we input the address.. Ahjussi from the reception area was kind enough to tell us to try entering this certain street..though a bit doubtful, we did follow him and voilà.. this next pic.. 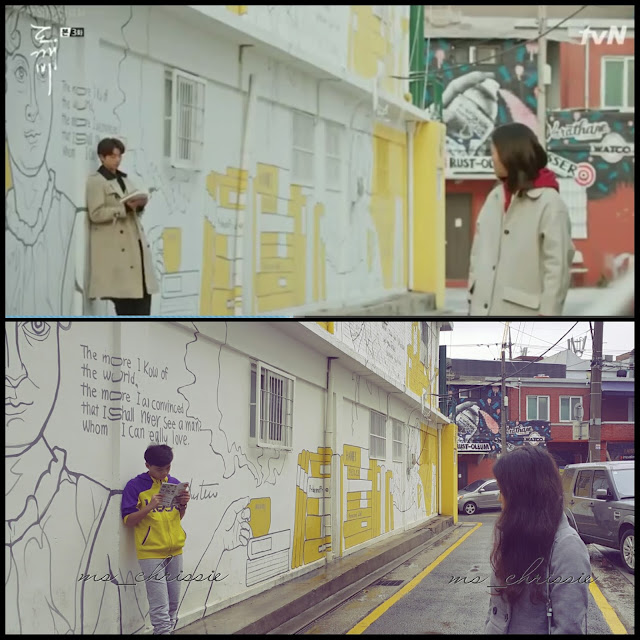 Can you see how supportive my eldest was? I was able to get him to be my dokkaebi since hubby is the one behind the cam..😁.. good thing that's all he got to do daw..well, little did he know I'm bound to request for more..😂😂 yeah..sorry can't stop laughing..dunno if t'was because of my craziness or just because I was too happy remembering these moments..the times that we were able to experience these things together as a family..so grateful to Him for all these..

now on to the final reenactment.. of course I wouldn't forget S.U.N.N.Y.-not-Sunhee and the grim reaper now, would I..

I think this was the easiest place to reach/find since it's just right by the metro's exit.. there were a couple of scenes that were shot here as you know, but I only chose these two which I loved best.. Forgive the emojis, lol..not too confident we're able to act their exact facial expressions..😂😂
Yes, hubby got to play Reaper's part.. and then back to my son again for the 2nd part.. hahaha.. oh how I love them so much.. ❤❤ 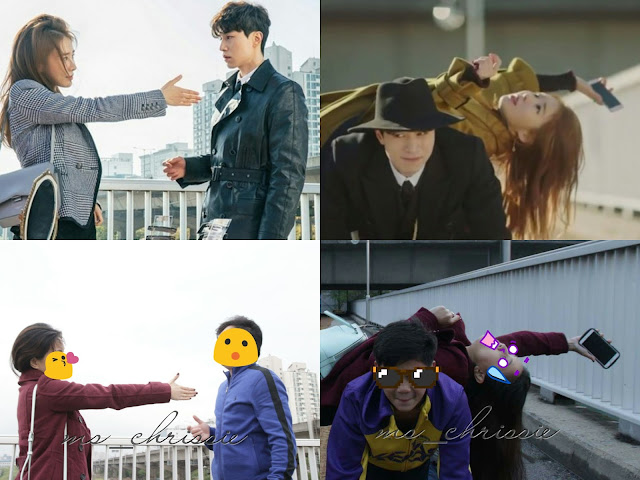 It was so windy and a bit cold when we took these shots.. still, I waved to the passing cars on the other side of the road.. shempre, kasama na sa reenactment yun feeling artista.. 😂

So I only have these pics for the reenactment part..I know, parang bitin..lol..if you only knew, it took us hours to get from one loc to another, with Seoul's rainy weather in the morning till afternoon.. and that's just for taking pictures.. Salute to the guys in the production team and everyone involved in making these great kdramas that we're able to fall in love with.. grabe, can't imagine how much time and effort they gotta do, whew..

Pics without the "feeling artistas"..😂 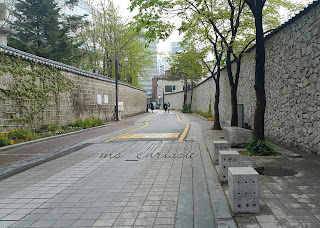 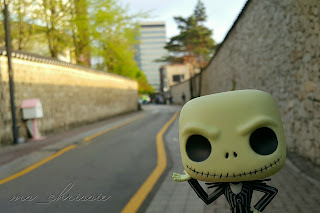 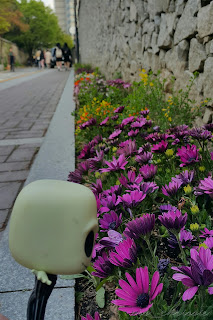 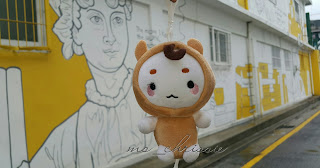 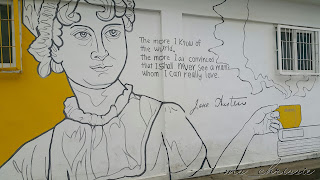 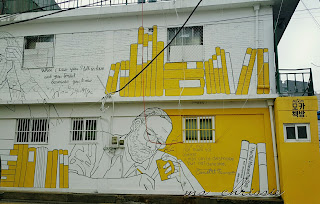 Anyway, I'll try to post part 2 next time for the pictures of the other places we went to for Goblin just within the area..
We also looked for DoBong Soon's house so I'll probably include it too. (though that was mostly for my bff.. fine, with a small part of me in it since I've watched it too. LoL)

Popular posts from this blog 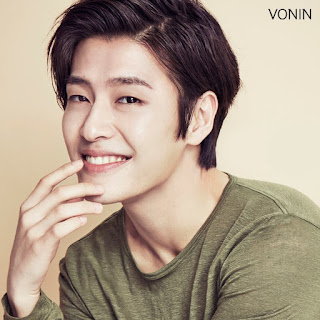 This was actually a late post.. lol.. was thinking of editing it before posting it.. but then again, I realized that, I just had to let my true self come out here... haha..

I started to watch this last Monday night, (the week before we went back to Korea..) was trying my hardest not to really watch too much kdrama that you'd get really emotionally invested in.. kasi namen ang sakeett..😭😭😭 mygawd.. i can really feel my heart tightening.. kaloka..😂😂😂
Good thing I just binge-watched this one and didn't follow through every week for its episodes last year..as my heart probably won't be able to take it.. t'was far too different from Goblin where you can still have some light-hearted episodes.. hay..hay.
Anyway, finished it earlier today.. swerte ni IU.. kaingget..lol.. 😭😭 masasabi ko lang.. half of me still belong to Kang Ha Neul coz he's truly my crush since the Heirs pa and his smile is heavenly..ayiieee, kilig 😍😍... (pic credits to Vonin)

then the other ha…
Read more